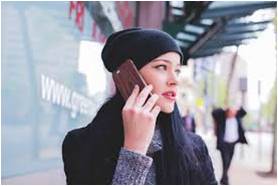 NORTHFIELD, MN — A freshman student called the Northfield Police on Tuesday, anxious about the under 40 degree weather in November.

Karoline Vicander, a freshman student from Montecito, California, grew worried that the the cold temperatures were dangerous.

“I’ve never been in a place where it’s so cold,” she said after the incident. “Thirty eight degrees! Is this state even habitable?”

Vicander grew so alarmed that she called 911 in an attempt to alert authorities about the unacceptable weather. They were less than sympathetic.

“I just can’t believe that people are allowing this weather to continue,” she said, furious about this grave injustice. “Someone needs to stand up for what’s right—normal temperatures.”