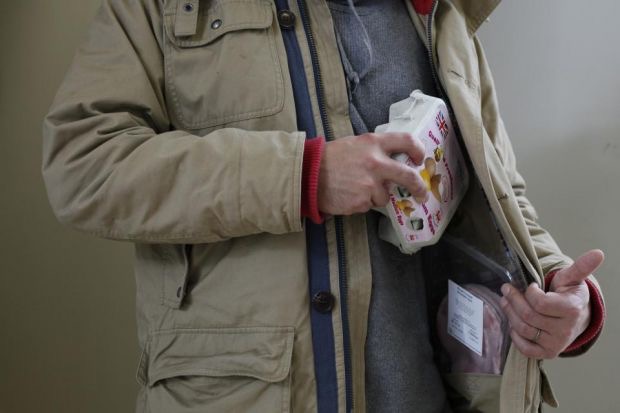 Mock up of a man stealing food. Photograph by Colin Mearns 8 October 2012

NORTHFIELD, MN — Monday night, the Bon Appetit secret police apprehended sophomore Jimmy Stonehouse as he was attempting to exit the LDC with a full sleeve of bagels. Immediately taken into custody, Stonehouse awaited trial for crimes against Bon App in solitary confinement, with only bags of milk to sustain himself. Finally, a full meal later, his trial was held in that weird room in the back of the LDC. When asked under what authority he was being tried, the head Chef replied, “I am the state.” Stonehouse was pronounced guilty of crimes against humanity and sentenced to work the nacho bar until the end of time.